Three books have been written about the RSR, they are: 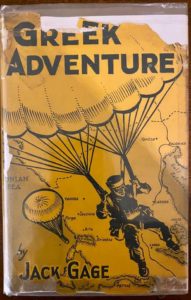 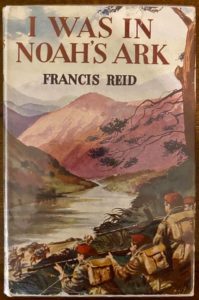 I Was in Noah’s Ark by Francis Reid. Published by W. & R. Chambers Ltd, UK, 1957. This is a story of the resistance groups that fought in Greece against the occupying Germans. It is not concerned with the finer strategy of the allied Balkan landings and parachute troops, but with the day-to-day experiences of a tough little Glaswegian, who “brassed” his way through various eliminating rounds of route marches ” on the chinstrap,” nightmare parachute jumps, and the other tests used to daunt would-be, resistance fighters. After a wine tasting and by no means uneventful sojourn in Italy, Francis Reid found himself involved in the Operation Noah’s Ark. He describes what this remarkable allied effort to tie down Hitler’s troops in Greece looked like from the inside. He has a soldier’s eye for the fascinating detail of the ridiculous and men, mules and equipment come under light fire. The classic scenery of the Greek mountains and the dangerous nights on their slopes made vivid impressions on the author and ite conveys much of this into print. 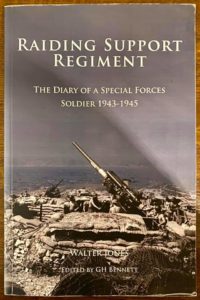 Raiding Support Regiment: The Diary of a Special Forces Soldier 1943-1945 by Walter Jones, edited by GH Bennett.  Published by University of Plymouth Press, 2011. This is the story of Walter Jones s service and the operations of the Raiding Support Regiment. A precursor to the modern SAS the Raiding Support Regiment fought alongside the commandos and Tito’s partisan in Yugoslavia. Based on the Island of Vis in the Adriatic they provided heavy weapons support to British and partisan forces trying to drive the Germans out of Yugoslavia. Later they served in Albania and Italy. This is a brutally honest account of one man’s service with the Regiment and a neglected period of European history. It documents the transformation of a young man into a combat veteran as he witnesses the effects of bombing, the deliberate killing of POWs and partisan savagery against those who transgress the partisan code.